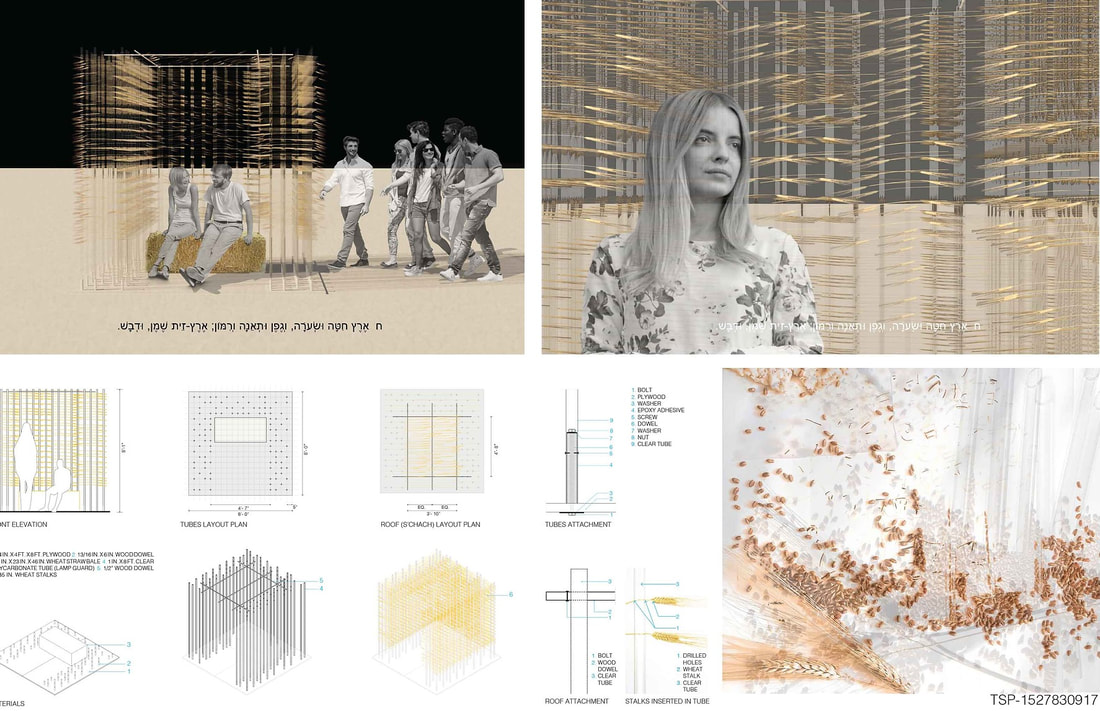 “A land of wheat, and barley, and vines, and fig trees, and pomegranates; a land of oil olive, and honey”
Deuteronomy 8:8

​The Wheat Sukkah celebrates the wheat, one of the seven species representing the bounty of the land of Israel. The wheat was cultivated in the land of Israel during biblical times, and it was one of the staple foods forming the ancient Israelite diet back then. Historically, the wheat berries have been used for bread making, the wheat stalks for decorating sukkahs.

​​The Wheat Sukkah features wheat stalks covering the roof, as well as the walls formed by clear tubes. The vertically positioned tubes—placed on a grid, yet in an irregular arrangement—represent the wheat growth pattern in ancient times when the crop was planted manually. Similarly to ancient sukkahs that offered agricultural workers not only shelter but also unobstructed views to their gardens, the Wheat Sukkah provides both— a sense of enclosure, and a transparent connection with the surrounding environment.