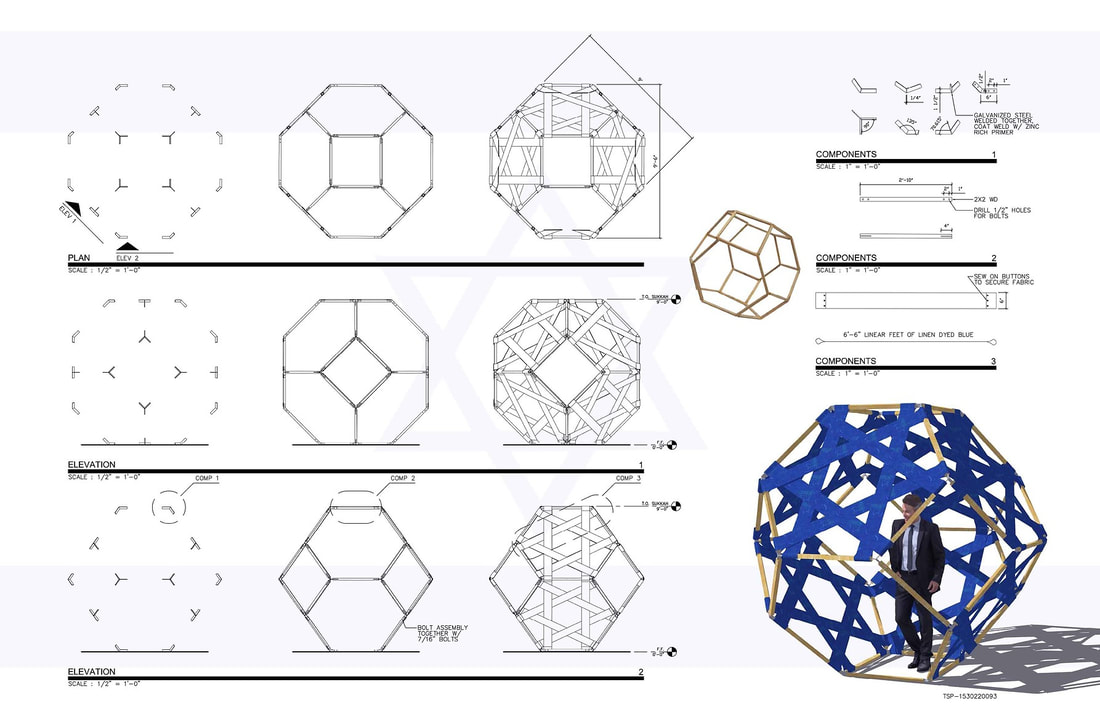 The miraculous story of the Israelites, from slavery to freedom to a kingdom all its own, spans millennia, to this very day! The concept of the design presented wished to capture this history and present it through novel geometry. Perhaps the most recognizable Israeli geometrical form is that which appears on the country’s flag today, the Star of David. In connecting the six points of the Star, one discovers the hexagon. The three dimensional analogue of the hexagon, the truncated octahedron, is one of the most efficient tessellatory geometrical shapes, as it partitions equal volumes of space with the least amount of surface area. This efficiency was carried over to the planning of the construction and building of the structure. The truncated octahedron shape of the sukkah was limited to three base parts, the members, joints, and skin. The members, simple 2x2 wood lumber, and the joints, galvanized steel, was planned to be quickly bolted in the field and the assembly easily wrapped in the skin, linen, a textile made from the fibers of the flax plant. Once assembled, the Star of David will be visible from seven different angles, providing a potent reminder of Israel’s history.